It’s a copy of the original Avia propeller manufactured in 1936 in Czechoslovakia.

Total made in our shop:

Configure your prop and calculate the price

Czechoslovak propeller from 1930s for the last biplane fighter aircraft

Avia is a former aircraft manufacturer established in 1918 right after the Great War in Prague, Czechoslovakia (now Czech Republic). Czech engineers proceeded with aircraft production, based on previous pre-war experiences and knowledge learned mainly from French and Austrian manufacturers. Since 1918 till 1939 Avia (and there were other aircraft manufacturers in Czechoslovakia) produced several hundreds of various types of airplanes, from fighters to heavy bombers. They formed the Czechoslovak Air Force, which never actually attended the WWII, except of the AVIA B-534.

AVIA B-534 was a advanced fighter aircraft, which may be compared to Gloster Gladiator. Before the war in 1939, during the occupation of Czechoslovakia by Hitlers army, Czech pilots turned on the engines of B-534s and flew away from their homeland to Poland, later to France and the UK to fight against the Axis. During the WWII, these aeroplanes which remained in hangars were often used by German and Slovak pilots. 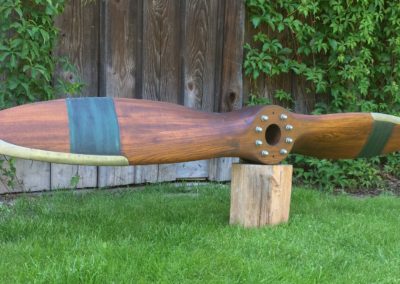 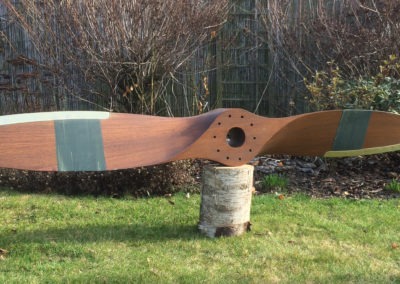 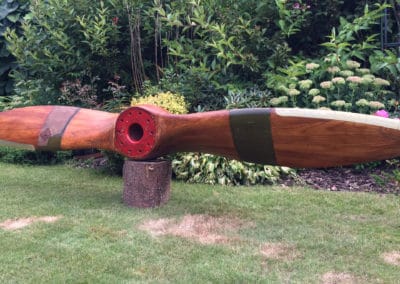 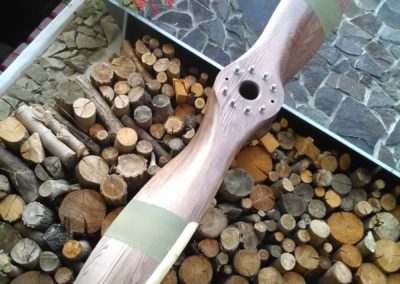 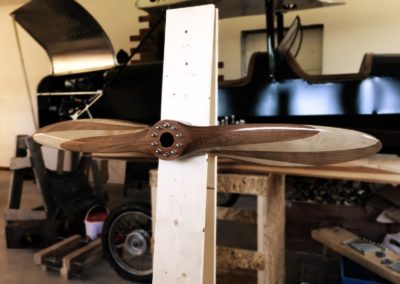 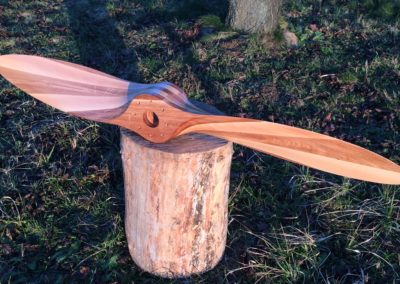 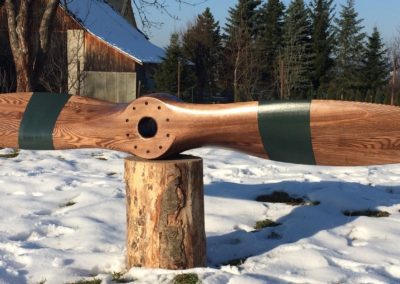 The largest prop in our offer

The propeller has a very thick center section compared to the others early propellers in our offer. While the Sopwith props weights approximately 10kg in full size, this prop with the same length will weight around 20kg. That is the reason why it’s more expensive – more metarial is neccessary and the grinding and sanding takes a longer time. When we glue up the prop from layers before grinding, two persons are required for manipulation.

Protection of the leading edges with brass sheet is very common for Avia propellers.

Avia propeller compared to other props: 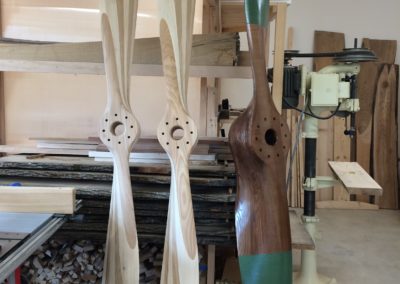 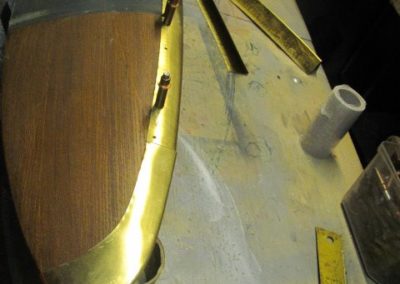 ← Back to the main menu