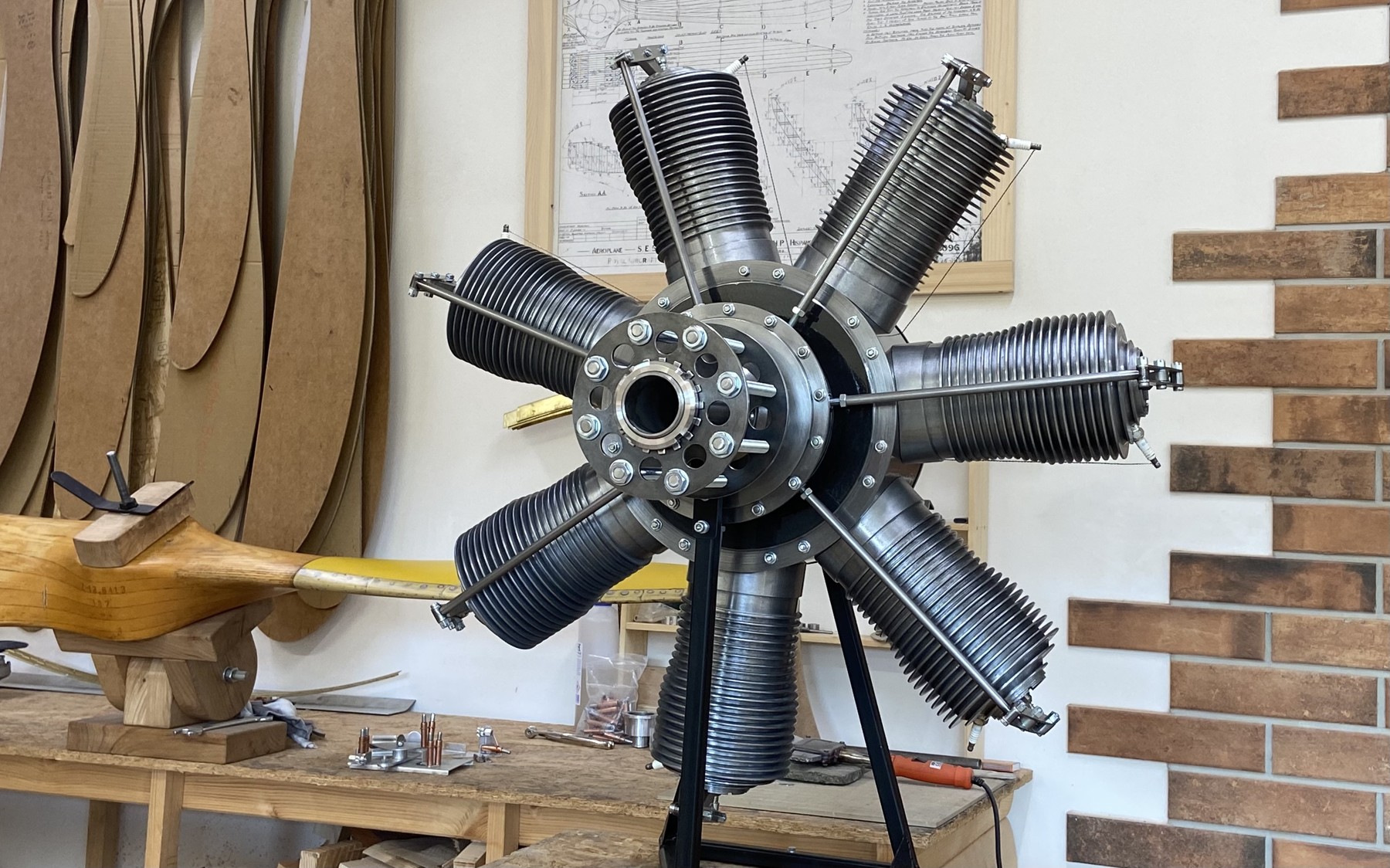 Replica of rotary radial engine from 1909

For a long time I’ve been wondering about the idea of creating a replica of a rotary radial engine, without the inner parts, as an addition to the spectrum of our products from the early age of aviation.

The scope was clear from the beginning – it has to be all-metal, historically authentic, and I have to make a propeller for it. The choice fell on this seven-cylinder from the company Gnome et Rhone, due to its relatively simple design, considering that it will be the first piece, and also because it was a power plant of Blériot IX from my favorite constructor Louis Blériot and of Fokker Eindecker from my even more favorite constructor Anthony Fokker.

In mid-2020, an order for the production of a radial engine of my choice came from a Norwegian customer, so the project could start. Most of the parts were produced by subcontractors, my task was the creation of drawings, documentation and subsequent completion, including surface treatment. Today the engine is almost finished, the only thing that I am waiting for is the production plate. According to the reactions of passers-by and aviation enthusiasts, it is indistinguishable from the original, which makes me very happy. Before it’s sent to its new owner, I will use it as a stylish stand for taking pictures of my propellers. We offer you an original industrial work of art, technically and historically correct, made of authentic materials, and in combination with the Chauviere propeller it is simply a gem. 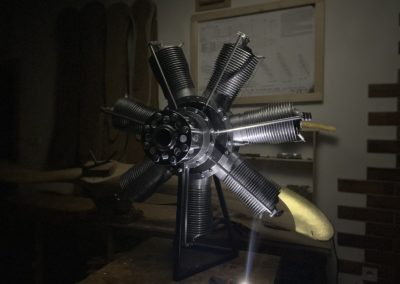 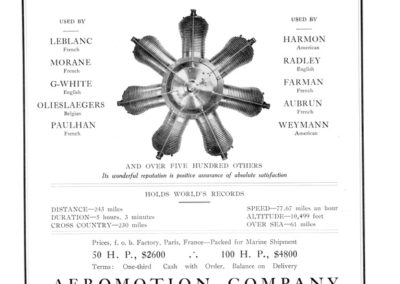 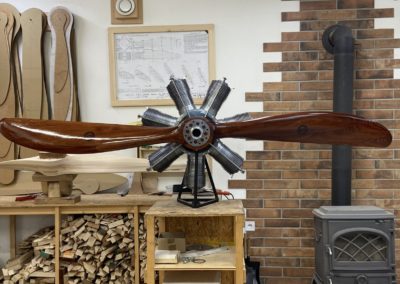 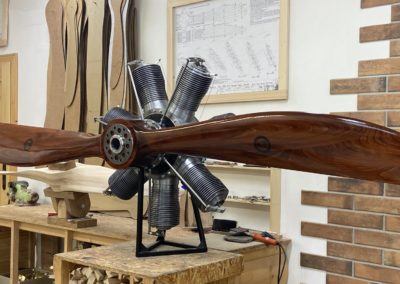 The engine was developed in 1918 in France. It was one of the first mass-produced engines designed for flying machines, with an output of 50 hp. During operation, it rotates around its axis and fuel is injected into the chambers through the cylinder wall. The cylinder head consists of a rocker arm with an exhaust valve. That’s why in the movies you see pilots black as chimney sweepers after landing, it’s because of the “total loss” lubrication system, that is, all the burned oil, including the exhaust gases, is thrown out by centrifugal force and driven backwards by the propeller.

The cylinders are made of aluminum, the crankcase including rods and beams is made of steel. The weight of the motor is about 40 kg. Another one could be produced with a lower weight, we already have experience. The propeller is firmly connected to the engine, and a typical propeller for this power unit is the Hélice Intégrale/Chauviere with a length of 245cm and a pitch of 190cm.

The engine powered most of the pioneering aircraft from 1910 to 1914, such as the aforementioned Blériots, Swedish license built Thulins, German E-type Fokkers, etc. It was later replaced by a more powerful nine-cylinder of various manufacturers, and it took many more years for in-line engines to achieve such a power-to-weight ratio, so that they can be fully used in aviation as well as compete with rotary ones. In 1918, rotary radial engines reached their peak, exceeding two hundred horsepower. 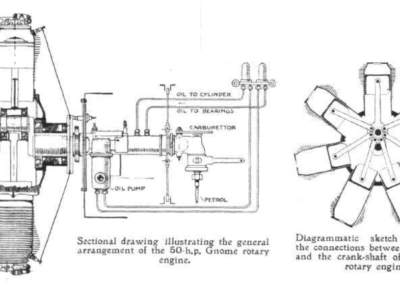 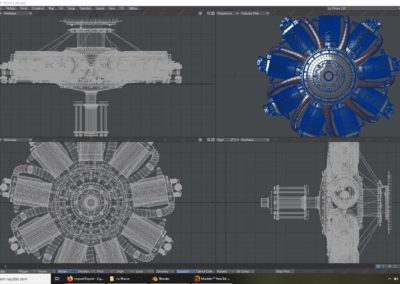 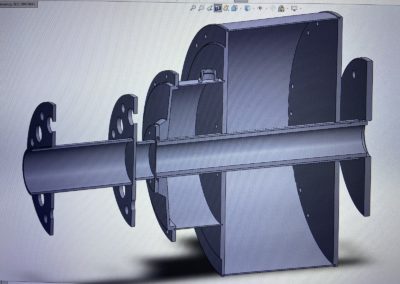 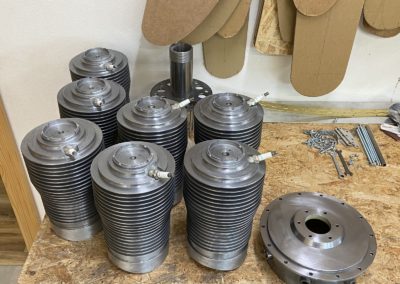 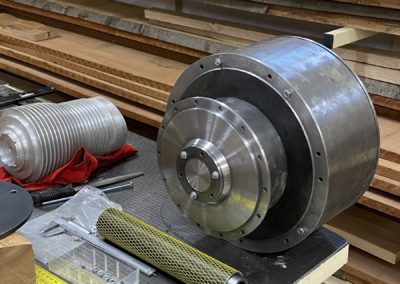 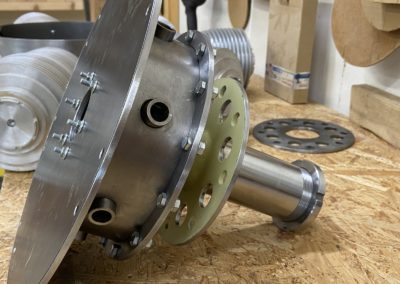 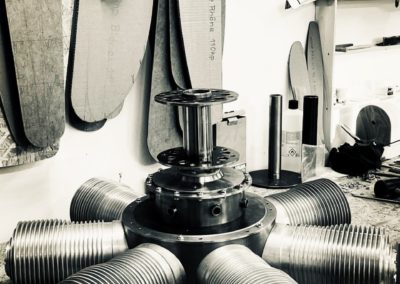 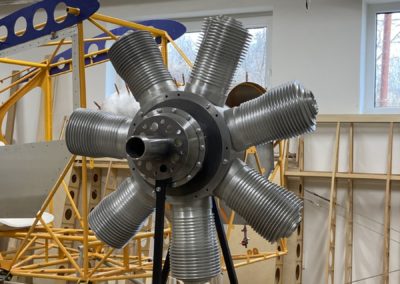 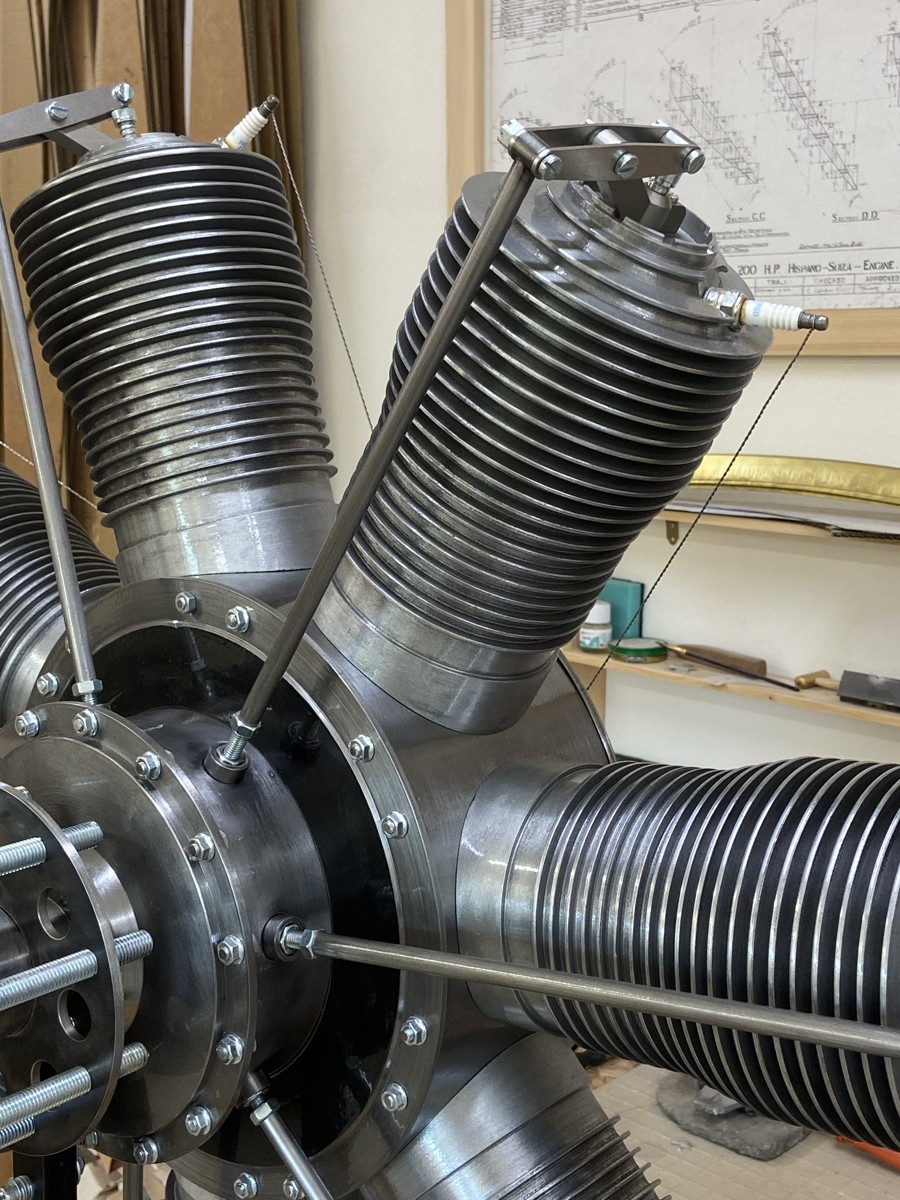 I constructed the engine in Solidworks, according to available original drawings. Then each part was exported and handed to the manufacturer.

..when I receive the technical labels, I will add more photos of the completed engine.