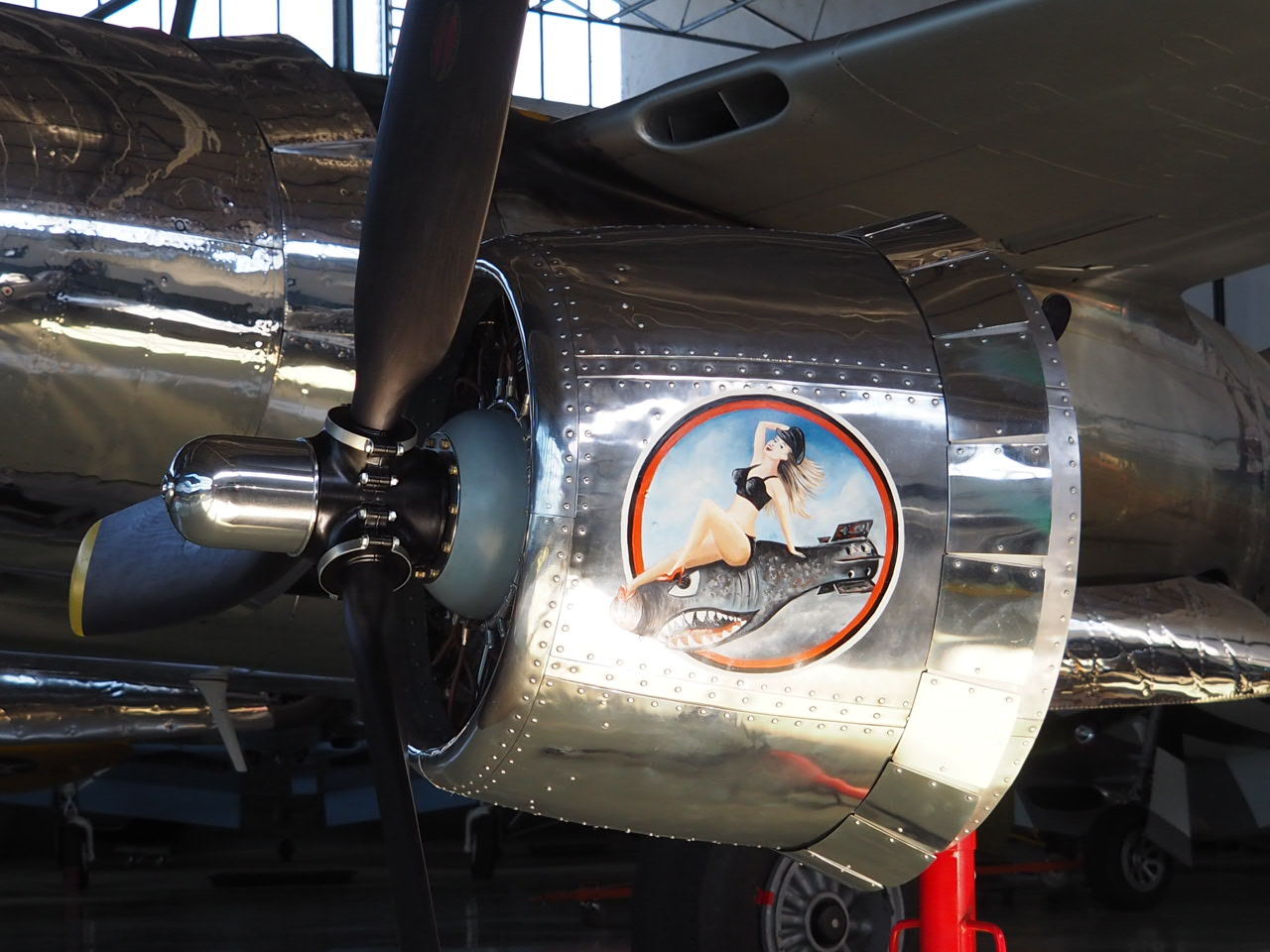 The story begins in 2020, when I made scaled “Hamilton Standard” propeller blades for a later unrealized project. Around the same time, my colleague, Radovan Látal, was obviously thinking about what to do with his spare time when he wasn’t making airplanes and brass sheathing for our propellers, and apparently following the Boeing Stearman-inspired Flying Table, he came up with a very imaginative idea of ​​a propeller engine-style conference table inspired by a four-engine bomber B-17 from 1944. That was really the original intention. The engine was supposed to face upwards, the propeller blades were to be shortened and to carry a circular glass top approximately one meter in diameter. But we are a propeller and aircraft manufacturers, who make propellers and not cut them, so we felt so sorry for them that we decided to keep them in full length and thus introduce a new project into our repertoire, for which we couldn’t come up with a better name than simply aircraft noses. So it will no longer be a table, but a unique work of art.

After a year and a half, Radovan takes the whole engine and propeller to his base in the Meiermotors hangar, where he paints nose art during the evenings and takes wonderful shots in an environment that couldn’t be better. The entire staff of the company, just like you, looks in awe at the monumental work of art, which is the result of hundreds of hours of precise craftsmanship from the hands of master aircraft tinsmith Radovan Látal and me, manufacturer of aircraft propellers, Václav Stržínek.

It’s done, and we’re already thinking about the P-40 Wildcat aircraft nose. But since it’s nice to watch someone do something, I suggest you enjoy the annotated production documentation below. Maybe one day you will inspire us with your own idea, and we will have the honor to hand over a piece of our work to you. 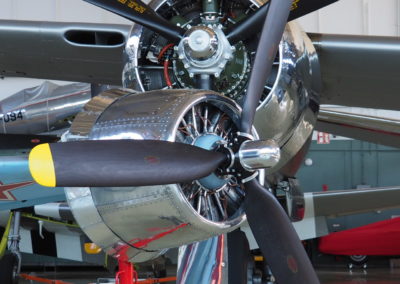 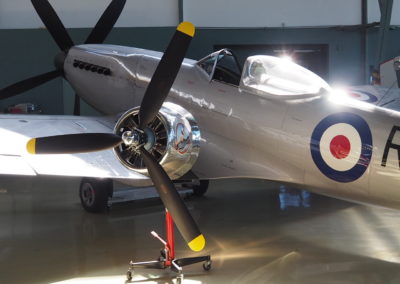 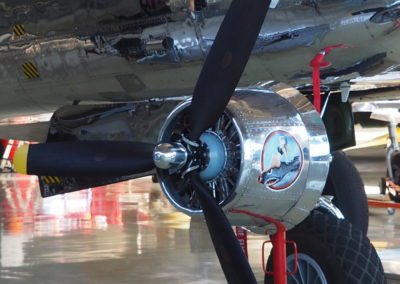 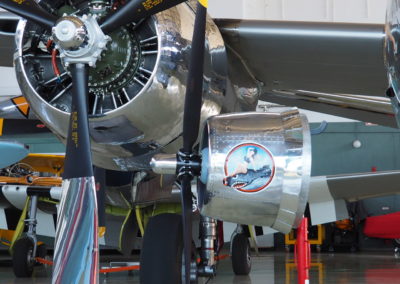 The cowling and internal parts are made of duralumin and aluminum sheets, riveted with aviation AN rivets. Each part is hand-made by the master aircraft tinsmith Radovan Látal, who has been an inseparable part of the Meiermotors company for many years, which maintains the original warbirds from all over the world and at the same time manufactures them (here you need to be aware of the volume of the word “manufactures”, which includes a huge amount of knowledge transferred into practice), so you get a really high-quality product from an expert in his branch.

The inner parts of the cowling and with cylinders have a slight patina, while the outer parts are polished to a high gloss.

As this is an American aircraft, the stylish nose art on one side is a matter of course. And since the project itself took so much time that it is impossible to count, we would not lower ourselves to anything “sticky” in the end of the project. The lady, inspired by Radek’s fantasy, is hand-painted with oil colors. 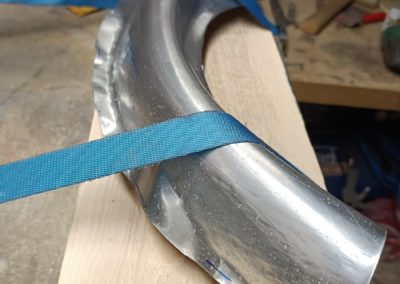 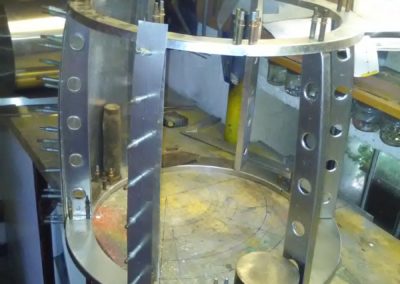 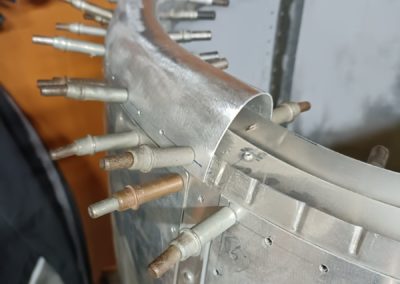 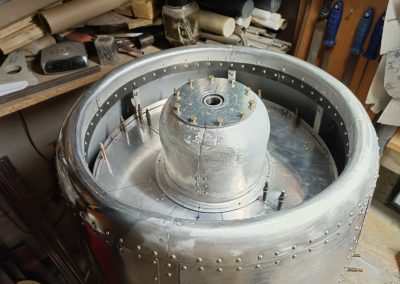 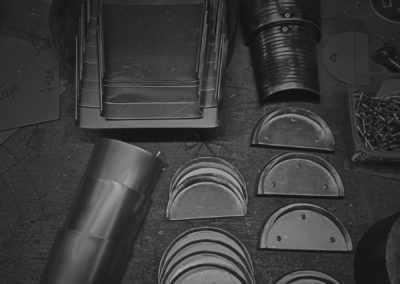 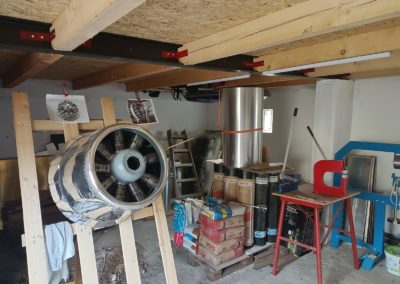 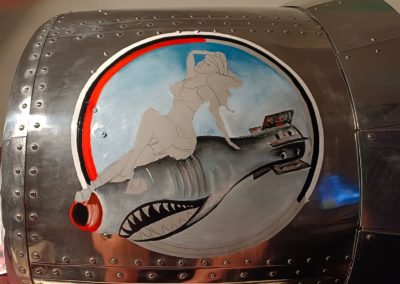 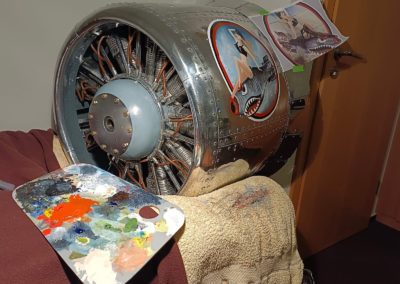 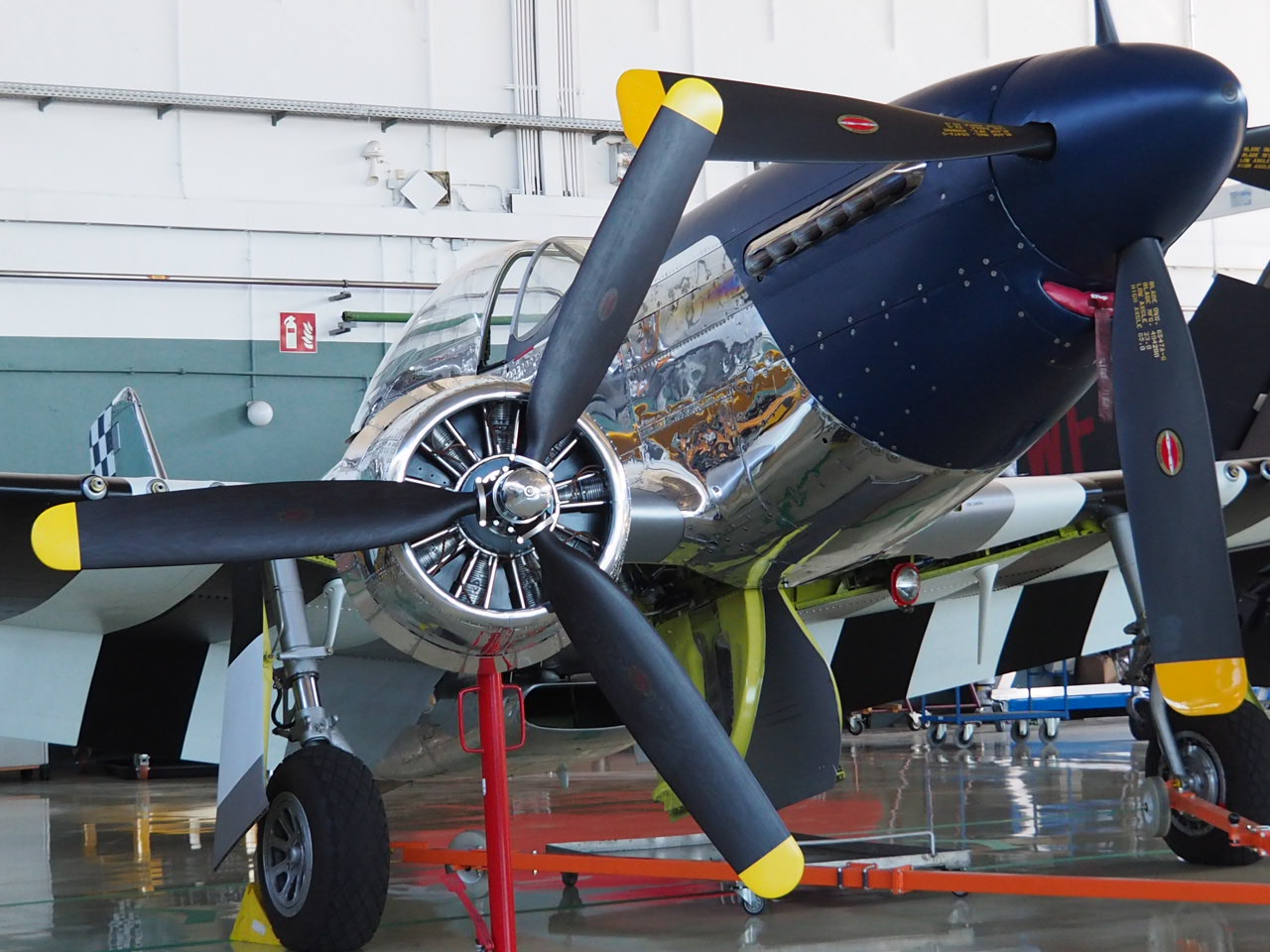 Propeller blades and the hub

The whole project actually started with propeller blades. They are made of beech, the length of one blade is 120 cm, they have been lying in the workshop for a few months, waiting for something to be invented for them. When Radek came up with the idea of ​​creating a table in the style of a B-17 engine (that was the original intention), the decision was made.

I painted the propeller with black stain for the first time, but the grain of the wood remained visible just enough, and since we wanted to show that the blades were wooden, I chose an oil finish to give them a matte or slightly satin finish. Each blade must have the original emblem of both authors.

The propeller hub is the only component that was made with 21st century technology, that is, on a 3D printer. We couldn’t help but feel that this made our job a little easier, but milling it out of metal would have been ridiculously expensive for this purpose, and at least I improved my knowledge of the construction software. Radovan supplemented the hub with an aluminum polished cone, once again hand-made using metal-shaping techniques. 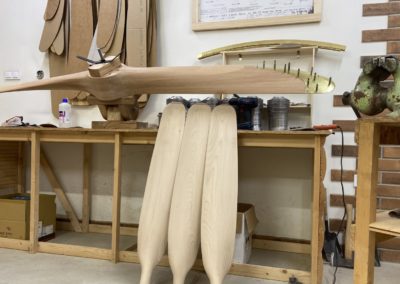 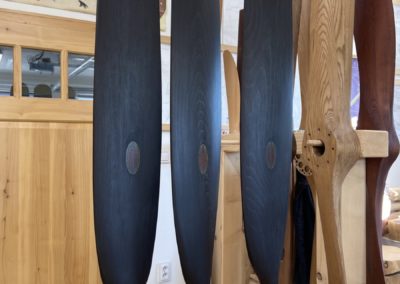 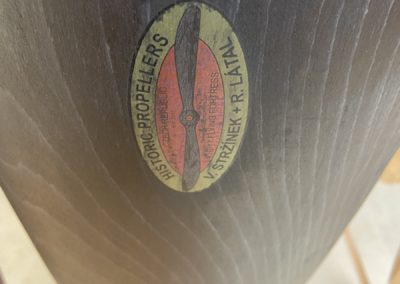 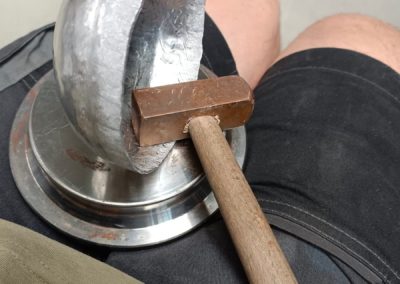 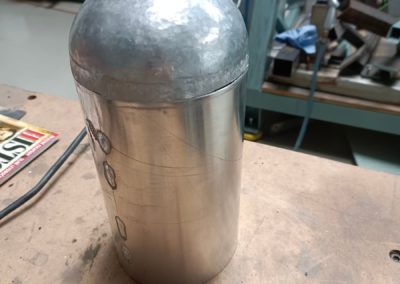 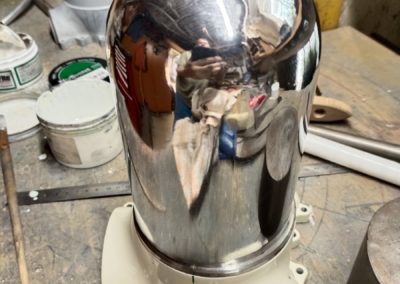 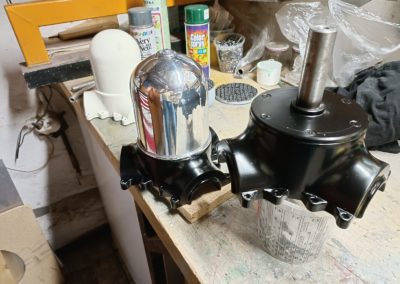 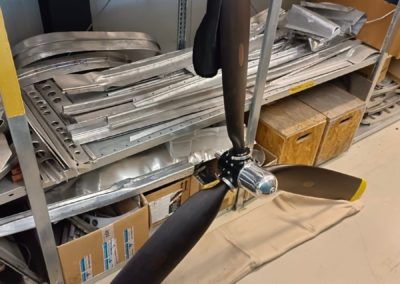